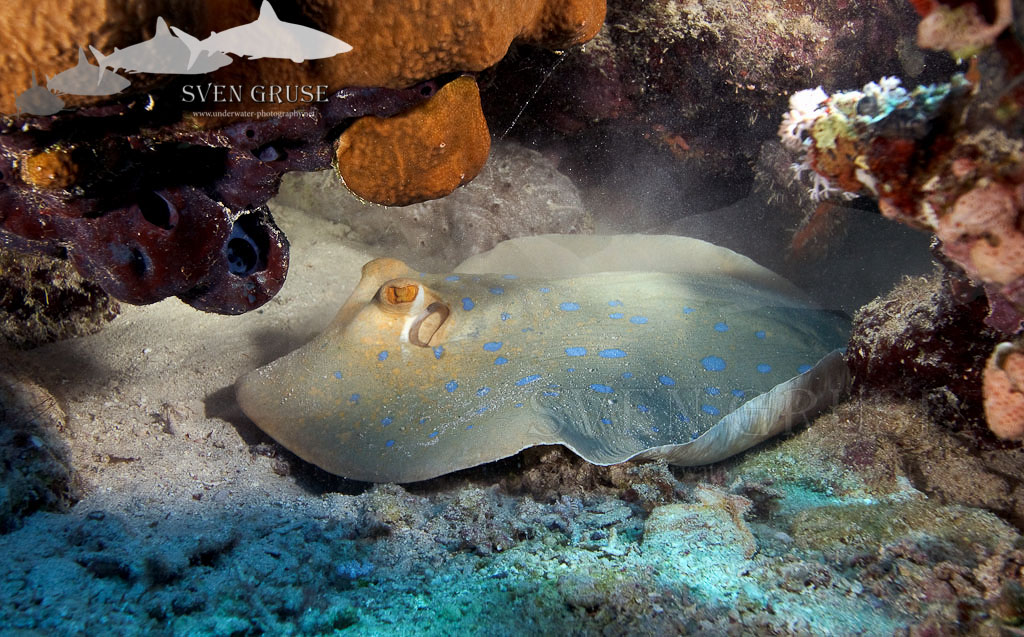 After fantastic dives at Daedalus reef and a long passage, the Golden Dolphin II reached the St. Johns area. One of the first stops – Zabargad Island – one of the most beautiful dive spots in the Red Sea. Quite far away from the coast and in the deep South of Egypt Zabargad Island is not reachable by daily boats and never crowded. On my three trips to Zabargad we never had another boat in the area. Therefore the underwater world is beautiful – a great coral reef, completely intact and full of life. (check my post Reefs of the Red Sea)

Story of the blue spotted stingray at Zabargad Island